UAB Genčių nafta is a joint Lithuanian and Swedish company established in 1993 with State Oil Geology Company (now AB LOTOS Geonafta) and Swedish firm Svenska Petroleum Eksploration AB each controlling 50% of the total block of shares. By decision of the Government of the Republic of Lithuania the company was awarded the right to carry out oil production in the Genčiai oil field, one of the largest in Lithuania.

There the amount of oil resources available for production was confirmed by the State Commission for Resources to be at 1569 thousand m3.

It was from the very establishment of the company that UAB Genčių nafta specialists started to use the most advanced oil field development and oil production methods in Lithuania based on modern oil production engineering and reservoir modelling. 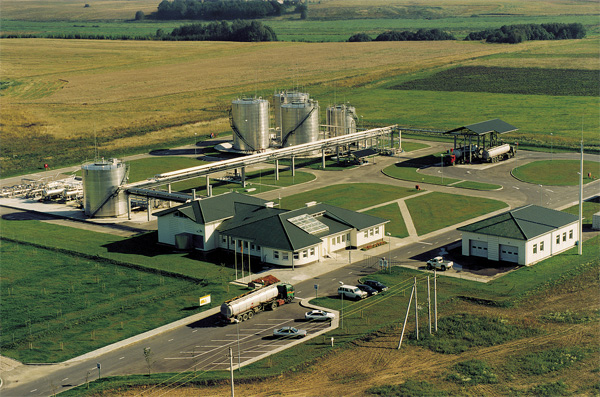 The modern Karalius Mindaugas Genčiai Oil Production Field costing over 20 million USD was built in 1997. This is the first oil production field in Lithuania compliant with all international technological, work safety and environment protection requirements. Continuous environmental monitoring results show that oil production does not have a negative impact upon the environment.

The production plant receives oil via pipelines from four wells currently in use for oil production. Three of wells taking de-oiled ground water that is pumped into the same layers. Oil is pumped from the wells by jet pumps and electrical submersible pumps.

In 2000 UAB Genčių nafta was the first company in Lithuania to drill and commence operation of horizontal well G-8H. Another horizontal well, Genčiai-13H, with complicated reversed question mark shaped trajectory was drilled in 2001. Both horizontal wells drain oil from the Lower Cambrian layers marked by poor reservoir features thus greatly improving oil production from the reservoir as vertical wells would produce a far lower yield of this oil.

By 1 February 2013 Genčiai oil field was developed to 90% of all oil available for production. The oil field is currently in the stage of production decline. At this stage UAB Genčių nafta undertakes measures to reduce the rate at which the levels of production are declining and is looking for ways to produce the highest possible amount of oil from the oil field by means of the most advanced technologies.